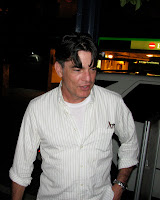 The O.C. fans will find comfort in knowing that veteran actor Peter Gallagher, who played Sandy Cohen on the popular Teen Drama series, is already at work on a new project.  Gallagher has been in Toronto since April filming Spy series Covert Affairs, which also stars Coyote Ugly's Piper Perabo, who although lovable has struggled to carve a niche in film.  The show premiered on USA Network just two weeks ago and production is scheduled to continue until the end of August.

Gallagher was seen in Yorkville with a male friend earlier this evening walking eastbound to grab a bite.  He was shocked that people recognized him and had items for him to autograph, thus stopping for a moment to pose for photos and autographs.  His friend joked what an attractive young man he once was, as Gallagher signed an older photo of himself.
The actor will be appearing in two big releases later this year including Burlesque alongside Christina Aguilera and Cher, plus the eagerly anticipated Oscar contender Conviction starring Sam Rockwell and Hilary Swank.  Busy Man.


Look below for more pics I got of Gallagher: 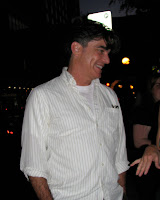 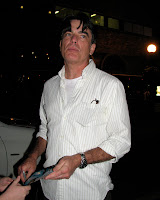