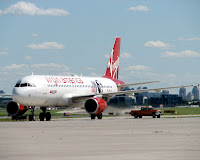 A select group of Media and Influencers were invited today to Toronto Pearson International Airport for the decadent festivities, witnessing the arrival of Air Drake, an A320 Aircraft named after the Rapper.  A half hour delay in flight arrival did no more than build up anticipation further with on-lookers. 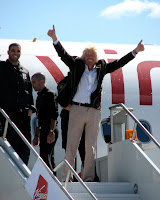 The Air Drake tie-in capitalizes off the Rapper's current popularity and of course it didn't hurt that he hails from the same city as the first international city flight destination for Virgin America.  The Airline is now servicing flights to/from San Francisco/Los Angeles and Toronto.  Main Cabin Fares start at just $178 US/$174 CAN (San Francisco) and $187 US/$182 CAN (Los Angeles).  An added perk with Virgin America flights is that you can use their Wi-Fi services 35,000 feet in the air.  Amazing.  I have a feeling I'll be visiting Los Angeles v. soon.
Drake had nothing but words of praise for charismatic Sir Richard Branson in building this welcomed new connection between Toronto and California, professing his pure love for the Airline.  Watch below as he tells CP24 how much he loves Virgin:

I had a chance to chat with television personality Traci Melchor and she had nothing but amazing words about her flight and we chatted about all the shopping she did in Los Angeles, including visiting favourite store, Target.  She was extremely excited when I told her the retailer will be expanding to Canada in 2013.  Society Maven Shinan Govani of The National Post was also aboard the flight and a Trooper after having boarded the flight this morning at 4 AM and still having enough left over to party tonight at The Thompson this evening - which I will touch upon in a separate post.
Check out these pictures I got from earlier today: 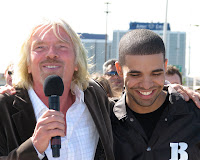 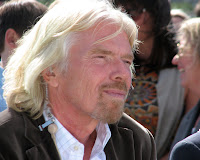 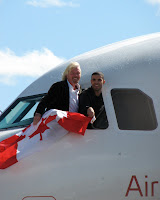 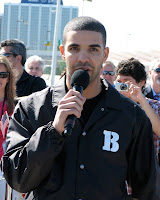