Being eight-months pregnant didn't stop Heiress/TV Personality/Author/Model and Entrepreneur Ivanka Trump from beginning her Maternity Leave.  Not yet at least anyway!

Trump arrived in Toronto Tuesday night from New York City to help launch Dutch/UK Giant Magnum Ice Cream, in Canada.  The line of Ice Cream Bars has been a success overseas since the '80s, launching a new flavour annually.  Myself having tried an Magnum Almond Bar for the first time early April, was instantly impressed!  Surely it will give Haagen Dazs a run for their money.
A Media Bash was held at Trump International Hotel & Tower Toronto on Wednesday night, with attendees enthused about seeing a v. pregnant Trump take the stage.  The following day, she woke up bright and early for her busy Toronto Press Tour which had her visiting CTV's The Marilyn Denis Show and CityTV's Breakfast Television and CityLine, among Print Press with Hello! Canada and Flare. 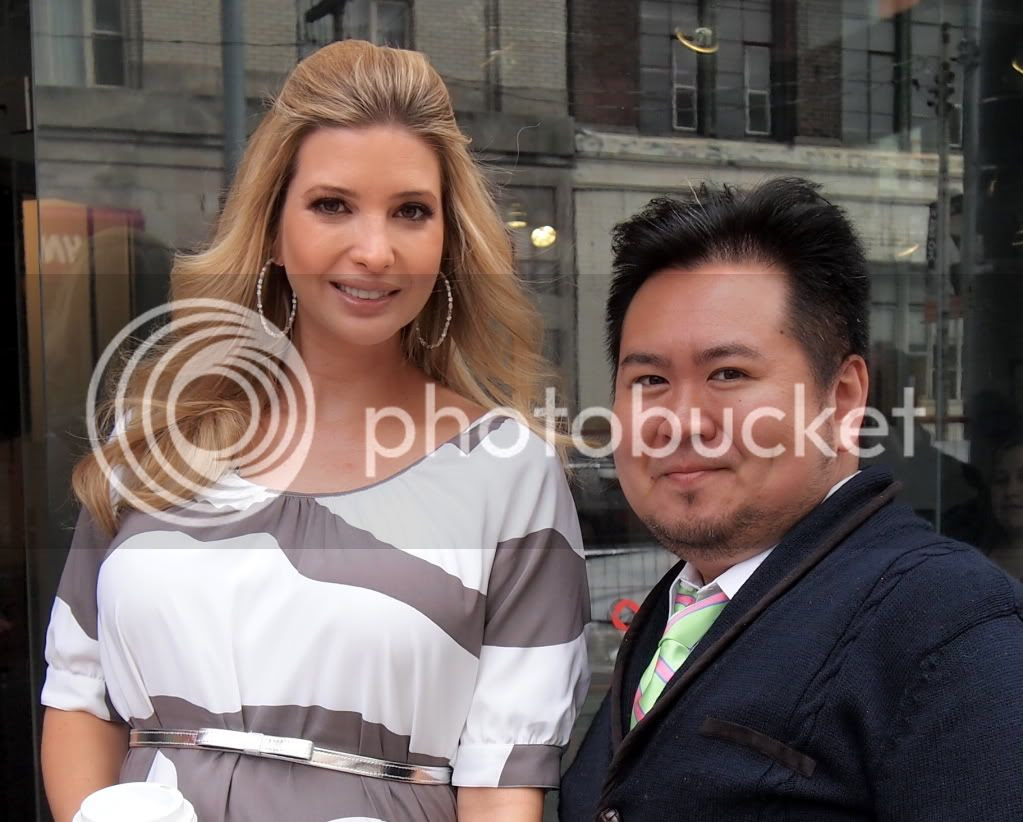 I was lucky enough to get a Photo together with Trump as she hurried into one of her various Press Tour stop-offs and she was an absolute vision wearing a Zebra-print Maternity Dress cinched with a silver Belt.  Spotted on her ears were a pair of Hoop Earrings from her Ivanka Trump Collection.  Did you see those Heels?  Breathtaking.
While in-town, Trump also oversaw some finishing touches to her Family's soon-to-launch Hotel which Torontonians have been waiting-on for years with baited breath.  Upon returning home to New York City, she Tweeted: "Following doctors orders this will be my last flight until after the baby is born! I've been cut off!".  So there you have it, Maternity Leave has officially begun!  And we Torontonians were luckiest to see her before it happened!
See some more Photos I took below of Trump: 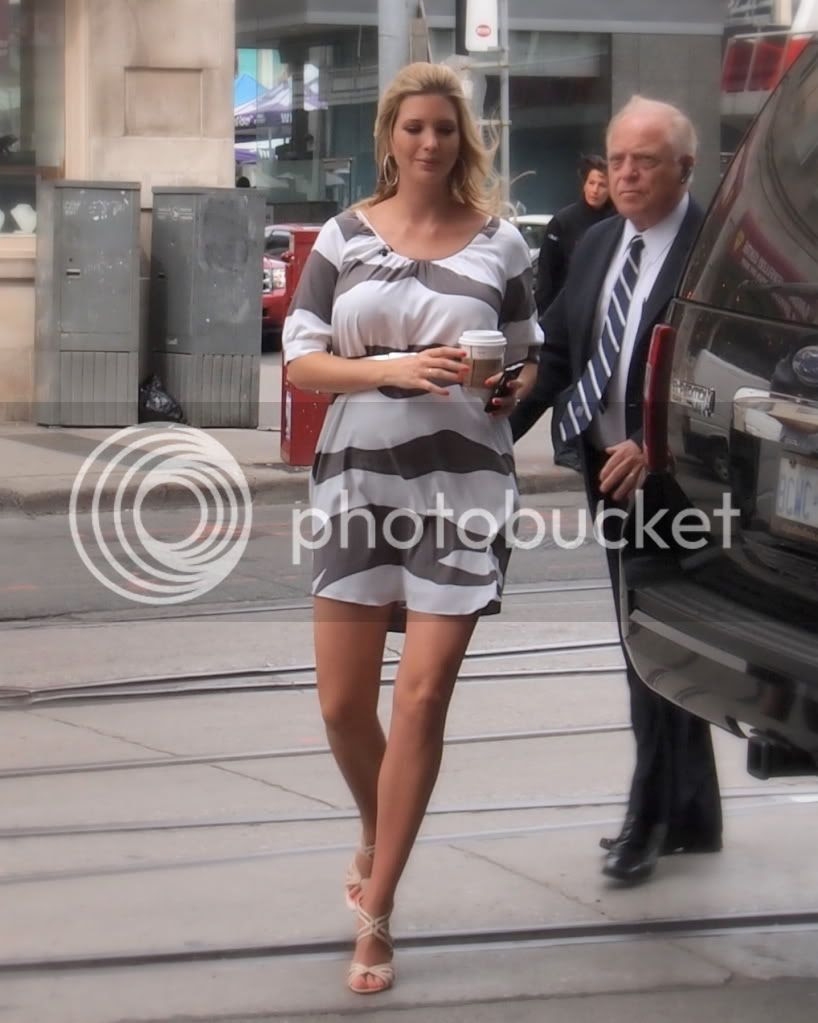 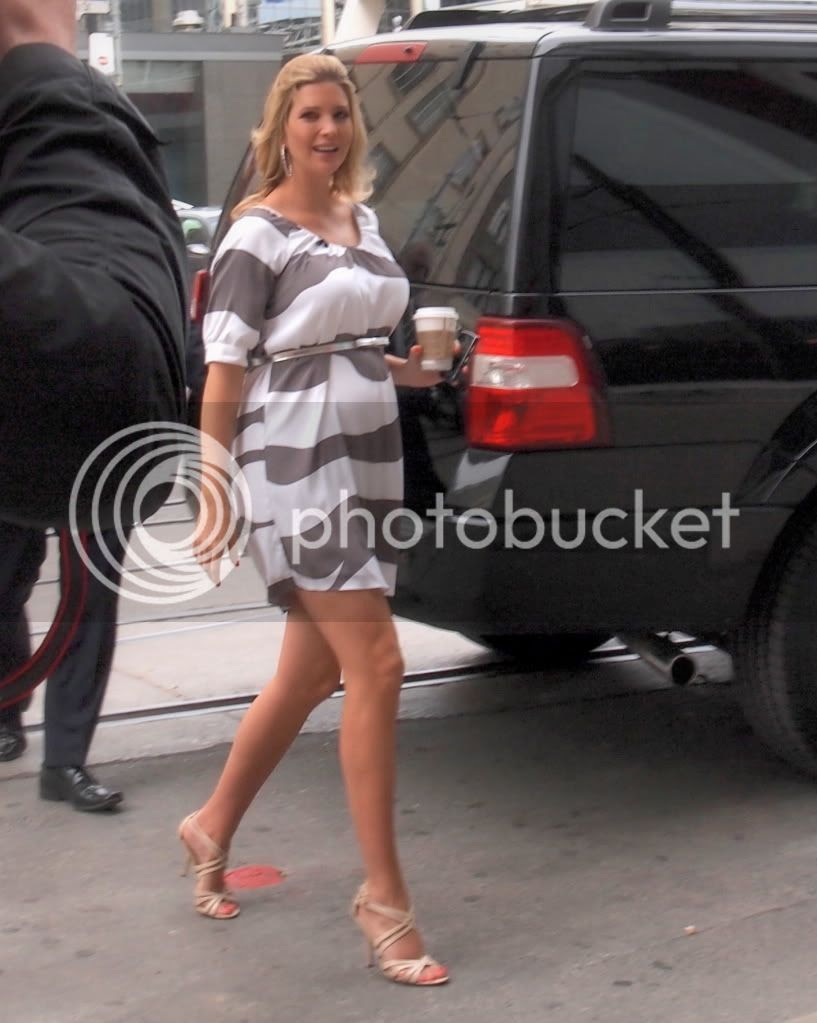